Vengeance on my Mind

More and more nowadays we see articles in the newspapers and read fictional books about how science is growing and changing, technology advancing faster than ever before. I’m always intrigued by this – partly from curiosity but also partly to try and keep abreast of what’s happening. Genetically modified foods, engineered (and in vitro selected) babies, and most commonly of all – the changing of people genetically once grown, usually through viruses. Tons of books are out there about the outcomes of scientists who try to make humans faster/stronger/more long lived/immune resistant and so forth. 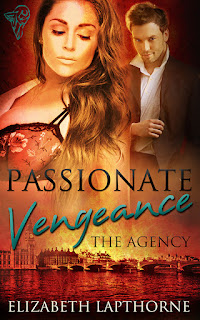 In that sense Passionate Vengeance isn't too dissimilar - it's plot revolves around a man determined to (in his own twisted way) make humans stronger, better. What I wanted to express in this book though, was how a woman could grow from exposure to such a thing. Abigail has been violated against her will, she’d burned her way through hell and managed to find herself carried out by her hero. She’s truly hit rock bottom – and is clawing her way back, inch by inch. I was deeply intrigued by how she’d react to this, how and where she’d find her strength, and once she gets a taste for vengeance – how far will it carry her?


Unlike many heroines today Abby is not a kick ass fighting machine. She doesn’t wield blades, shoot the bad guys and take no prisoners. Before all this happened she was a normal, average young lady. Tempting as it was to teach her to fight and shoot and kick butt – it wasn’t her and wasn’t realistic to her character. She finds her strength in other areas, in cool logic, in helping the fight to bring down the enemy and in the simple act of not giving in. She doesn’t go back home and crawl into bed, closing her eyes and pretending none of this occurs – although she’s sorely tempted to. I wanted to show how by simply being an active part of the fight, in doing the right thing, there’s a strength and power in that all its own. 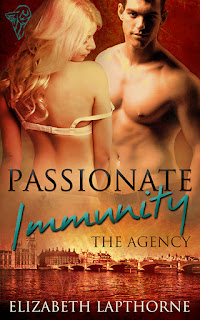 Passionate Immunity is the book preceding this. Although it’s not critical to read it – there are characters and circumstances introduced in it that lead into Passionate Vengeance. I hope you all thoroughly enjoy these two tales – and would love to hear any thoughts/comments you have. Feel free to email me, or visit my website for more books I’ve written.