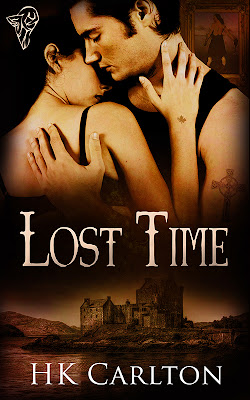 When I began writing Lost Time, it was for my publisher’s seasonal Halloween call. But as I am notoriously wordy, I went way over the word count and ended up submitting the novel as a stand-alone. I also incorporated a little truth to this story, thanks to a friend of mine that travelled to the UK and had her own succession of mishaps that snagged my imagination immediately. An idea was born. It made a wonderful story. Thanks IR and Total-E-Bound for the inspiration.

I hope you enjoy it.

Within this frame, his curse is time…

Hannah Keys thinks she’s setting off on the trip of her dreams, but after one mishap after another—beginning with her best friend abandoning her in the airport and ending with the man of her dreams dead—she’s renaming it the vacation from hell.

When Hannah Keys discovers a four-hundred-year-old portrait in Wales, she is intrigued and somewhat saddened by the handsome Highlander portrayed by the artist’s masterful, lifelike strokes. But when she runs into the majorly hunky model for the painting—in the flesh, in the middle of the night—she learns first-hand all about masterful strokes when she shares a night of medieval passion with him.

Lockhart Munro has been cursed inside the portrait until he meets Hannah Keys. For four hundred years, no one has heard him or seen him, let alone touched him. The one woman who can do all these things may be the key to his long-awaited freedom.

But if Hannah sets Lockhart free from his prison, will she be cursed to spend the rest of her lifetime without him?
Or perhaps freeing Lockhart will be just the beginning…

Hannah touched her forehead, wondering if she were feverish. She felt very strange all of a sudden. It was like the room had taken on a life of its own. She felt and heard it breathing. It was as if she could see every particle in the room individually vibrating, moving, forming substance. Everything took on a silvery hue and wavered in front of her eyes. She leaned heavily on the counter to keep herself upright.

She was not alone.

Hannah shrieked, a strangled sound coming from her sore throat as the lightning illuminated the face of the real-life version of the man in the portrait. The blanket slipped from her shoulders. He was not far away from her. She wondered how he could have sneaked up on her like that without her hearing him. He was close enough to touch.

“It’s you,” she whispered. He was alive. The thought sent a thrill through her. “You scared me.”

“You scared me,” he repeated in a distinctive Scottish brogue. Another burst of sensation ran through her body at his accent. “You see me?”

“Barely,” she rasped, more from her awareness of him than the sore throat. “It’s so dark.” She reached towards him. He caught her hand and guided it towards his chest, splaying her fingers against its hard warmth. His lips parted on a sigh as though he were savouring her touch. A surge of energy shot through Hannah’s body as if all her molecules had suddenly come back together in one hot rush.

“Yes,” she answered, wondering why he was asking her these strange questions.

“Yes,” she answered, wanting to feel a whole lot more of him. He pushed her hand more solidly against his broad chest, giving her the impression he wanted it too. She moved closer, inexplicably drawn to him, just as she had been to the painting. He was even taller than she’d thought he would be. And, if possible, he was even more handsome than the artist had been able to portray. A rush of pure lust shot through her.

“It is you, isn’t it? From the painting.” She had assumed it was an old portrait, never giving thought that it might be more recent and that this glorious hunk of man might live here.

He traced his thumb leisurely over her bottom lip just as she’d done to his likeness in the painting. He swept his tongue slowly across his own lip as he continued to stare down at her. She shivered with anticipation.

“Is the sayin’ on your chemise the truth then, lass? Because true or no, I am goin’ to kiss ya,” he warned, leaning towards her. She couldn’t seem to remember her own name, let alone what her damn shirt read at that particular moment.

The minute his mouth touched hers, her body responded with a hot, liquid rush, her nipples straining against the lace covering her breasts. Her lips parted on a surprised hiss of sensation, her knees weakening as he deepened the kiss, insistently teasing her mouth open.

She clung to him, returning his kiss with growing heat. He kissed like a desperate man, a man who had no tomorrow. He broke free of her mouth and she whimpered at the loss.

He clamped a strong hand over her jaw, looking at her intensely. “You are real.”

“So are you,” she said, still somewhat surprised that he actually existed. She remembered the sudden bout of grief she’d endured up in her room, for a man she’d thought long dead. But he was real and he was here. And she didn’t care that she didn’t know one single thing about him, not even his name. It only heightened her fascination towards him. She wanted him to fuck her—no questions asked, no regrets later. She’d been turned on by just the image of him—the real thing made her burn.

She thrust both of her hands inside his shirt and was thrilled when she felt a tremor run the length of him, proof that he was just as affected as she was.

He pulled her forcibly against him, again seeking her lips. He was ravenous. Hungry. He wasn’t even gentle. He devoured her, robbing her of breath. She dragged her mouth free and he cascaded kisses over her jaw, down her neck, nipping hungrily against her skin. He was intoxicating. Her head swam at the unreality of the whole situation. He was a complete stranger.

The next thing she knew, she was flat on her back on the scarred kitchen table, him moving over her. He ground his massive erection against her thigh, almost too eagerly, then he nudged her knees open with his own. Hannah protested and shifted under him.

“I’m sorry, lass, it has been a long time for me. You must remind me to be gentle.”

Hannah was strangely pleased to know that he hadn’t been with anyone recently. Neither had she—perhaps that explained why they were both so eager and he a little too rough.

He looked down at her, his chest heaving, waiting for her permission to continue. 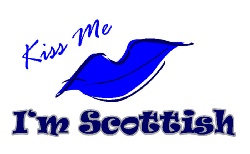 Lost Time is also available at all other vendors today! Yay, Release Day!

You Found Me (Historical Romance) http://museituppublishing.com/bookstore2/index.php?page=shop.product_details&flypage=flypage.tpl&product_id=510&category_id=69&manufacturer_id=246&option=com_virtuemart&Itemid=1&vmcchk=1&Itemid=1