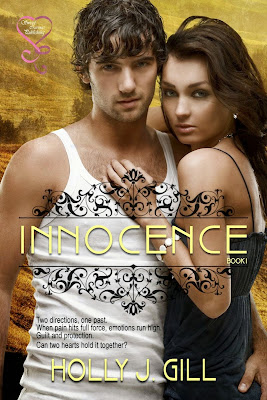 OUT NOW
Innocence from all kindle downloads
Innocence Blurb
Book 1
Calvin Edwards has everything he could dream about— perfect lifestyle, running the family real-estate company back in London. He takes a holiday up north to visit his parents only to find a young pregnant woman attempting to take her life. Wishing to help, Calvin becomes a friend to her, only fears he’s out of his depth. Just when he thinks he can do this his past resurfaces, sending his life crashing.
Kacey is pregnant and her life is out of control with nowhere left to go. She descends on her mum for one last chance for help, only to have the door slammed in her face. At her wits end, she is alone, scared, and helpless until Calvin comes along. He becomes a dear friend giving her kindness, something she thought no longer existed in the world. Only she finds what she’d pushed to the back of her mind through selfish pain is back. Her past with all its mistakes has come back to life!
Excerpt
“We could go and get some breakfast too, dinner and tea, I don’t mind, it’s something I would enjoy,” he continued to say behind her.
“Lovely,” she said, feeling a stinging sensation taking over her internal organs. She took a sip of her hot tea, trying to force the lump in her throat down.
“Right! Is it okay if I go and grab a quick shower?”
“Sure.” There is no way I am turning around to look at you and allow you to see my disappointment. What the hell will happen to me when you’ve gone? How will I cope without having his kindness around me? Can I not just keep him for a few extra days?
Kacey waited a few minutes before spinning around and found Calvin gone and no doubt already stripping off his clothes. She let out a large breath, struggling to think clear. Calvin felt like a severe addiction and one she wouldn’t forget in a hurry. She turned to stare at the bedroom door, no doubt him already naked in the shower, having the water cascading over his delicious body. She put her hand over her mouth, appalled to be thinking such a way, endeavouring not to have the image in her mind. 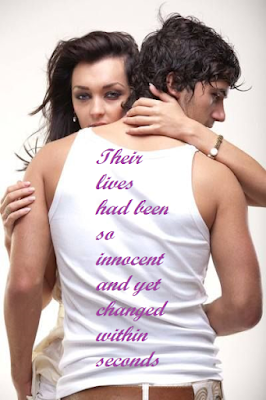 Nevertheless, all she could see was Calvin standing under the shower and the water dancing over his fine features. Closing her eyes and feeling terribly sick, longing to touch, feel, and have him wrapped around her tight the way he held her last night. How she resented the fact her nostrils were bunged up, preventing her from inhaling his wonderful aroma.
“Stop it! Stop it! Stop it now for goodness sake,” she said needing to shake off those silly thoughts.
Kacey walked to the bedroom, unsure if it was safe to enter. She stood, gawping at the door debating whether to wait for him to come out or not. The bathroom was separate from the bedroom and surely, as much as she craved to see him, she wouldn’t. She decided to enter the room to get dressed.
Only, when walking inside the room she crashed into Calvin. His towel dropped and so did hers.
They both stood gormlessly staring into one another’s eyes looking mortified.
"Jeez, I am so sorry,” Calvin muttered and quickly bent over and she caught the sight of his naked bottom. Her eyes shot wide-open. Then, Kacey used her hands to cover her large breasts and her womanhood. Calvin wrapped the towel around his waist, holding it tight and turned his body around facing the opposite way, using his hand to blindfold his eyes.
“Bloody hell, I am so sorry,” he said while she watched him taking side steps to reach the bedroom door. A large lump formed in her mouth, shocked, unable to take her eyes of him, holding his head low, keeping his eyes covered at all times. Once he reached the door he dashed out of the room, and he was gone. Kacey stood astonished at what had just happened.
“I’m so sorry, Kacey,” he voiced sincerely.
Buy link