Hello, it's Kay here, and today I'm sharing a little from my Cariad Romance novella, A Sticky Situation. 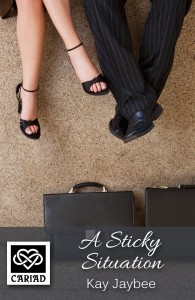 If there is a paving stone to trip over, or a drink to knock over, then Sally Briers will trip over it or spill it. Yet somehow Sally is the successful face of marketing for a major pharmaceutical company; much to the disbelief of her new boss, Cameron James.

Forced to work together on a week-long conference in an Oxford hotel, Sally is dreading spending so much time with arrogant new boy Cameron; whose presence somehow makes her even clumsier than usual.

Cameron on the other hand, just hopes that he’ll be able to stay professional, and keep his irrational desire to lick up all the accidently split food and drink that is permanently to be found down Sally’s temptingly curvy body, all to himself.

It could be a very long week- unless Cameron can find a way of making Sally slop so much of her after show champagne, that he has no choice but to march her off and relieve her of her sodden clothing... He is sure that, if he could find a way to stop Sally resenting him taking her previous bosses job, then they could enjoy no end of sticky situations together... 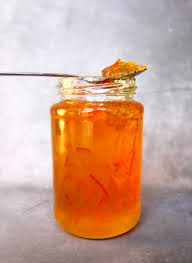 As the shower burnt its jet of water into his head and shoulders, Cameron scrubbed his body furiously with soap, trying to wash away all thoughts of Sally. It had been years since he’d let a woman get to him like this. What worried him most was that he didn’t just want to sleep with her. He actually wanted her to like him. This was new territory for Cameron James. As he stood there, beneath the steaming deluge, he couldn’t stop himself from envisaging exactly what he’d like to do with her.

He saw her bent at the end of his bed, waiting for him to kiss her firm arse.

He visualised her lying on her back, her legs wide open. Sally beaming up at him as he lowered himself onto her; her chest swollen and her nipples hard as he ate them, his thick cock sinking into her moist channel.

Cameron could almost taste her as he felt his dick go rigid where he stood, droplets of water cascading off it as, with eyes firmly closed, her saw his mouth coming to Sally’s indescribably soft mound. In his mind he drank from her, the heated water of the shower combining with her liquid, sending shockwaves of pleasure through them both as she tangled her fingers in his hair. Sally was moaning quietly, one hand leaving his head as she squeezed herself, playing her own fingertips across her beautiful almond tinted nipples.

Steadying one hand on the cubicle wall, Cameron’s fist came to his erection as his thoughts became more graphic, more urgent. He pumped slowly at first, as he saw Sally crouched next to him, the light pressure of her small palms pushing him to his feet so she could wrap her lips around his shaft. At first, she’d simply lick the tip enquiringly, as though she was trying a new flavoured ice cream for the very first time. Then, she’d speed up, lapping him with extended strokes, punctuating each move with a kiss to his balls; her nails discovering each inch of his hips and thighs.

Cameron’s whole frame shuddered, his wrist moving faster and faster along his length, the water almost forgotten as it pounded into his bent neck and ran down his back. Nothing mattered but the images in his head and the action of his hand. Sally had engulfed his cock in her mouth now. Sucking and teasing him out, almost stretching his pole, she was drawing him into her, until he was securely within her throat.

He could feel his orgasm rising, his brain flashing with differing shots of Sally as he wanked, of her lips at his dick, of his face between her legs, or her wet dress, clinging to the outline of her curves so temptingly, of how he’d marvelled at his ability not to grab her in the lift and tell her she was driving him nuts, and that he was a nice guy really. Of him slurping fallen food from her neck, of kissing her mouth, her breasts, her thighs; his hands everywhere as he stared into her beautiful emerald eyes.

As spunk spattered against the side of the shower unit’s tiles, Cameron’s eyes flew back open, his chest letting out a pent up exhalation of air via a guttural groan through his throat. ‘Enough,’ he panted into the small rectangular space. ‘Time to stop dreaming and actually do something about this!’

***
You can buy this sexy romance in either paperback or ebook from all good retailers, including 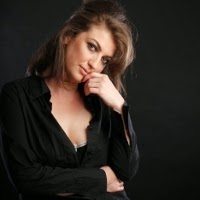 
Details of Kay’s work, past, present and future can be found at www.kayjaybee.me.uk
You can follow Kay on Twitter- kay_jaybee,
Facebook http://www.facebook.com/KayJaybeeAuthor
Goodreads- http://www.goodreads.com/user/show/3541958-kay-jaybee
Brit Babes Site- http://thebritbabes.blogspot.co.uk/p/kay-jaybee.html