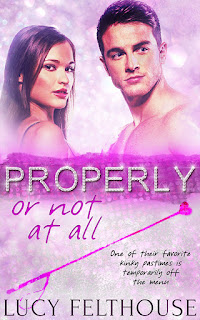 Tristan and Jayme are not only devoted husband and wife, they are also Dominant and submissive, with a particular penchant for spanking. They’ve been playing delicious kinky games for the fifteen years they’ve been together and couldn’t be happier. However, when Tristan develops a health issue that means he can’t redden his wife’s backside for a while, it puts both of them under a lot of strain. It’s a big part of their sex life, and one they’ll miss badly.

They try to find a way around their unfortunate predicament, but it’s not easy. In the end, Tristan declares that he will either spank Jayme’s bottom properly, or not at all.

The prospect of no spanking at all dismays Jayme, but she has no other choice. Or does she? Continuing to put her mind towards the issue, she indulges in some solo experimentation, with mixed results.

But how will Tristan feel when he finds out his wife has gone behind his back?

“You know what this fucking means, don’t you?” Tristan said loudly, slamming his car keys onto the hall’s side table and storming into the kitchen.

Jayme followed him quickly, her heart racing. Tristan rarely got angry—sure, he often pretended she’d done something wrong and faked being pissed off about it when they played D/s scenes, but real anger–it was something that just didn’t happen. She wasn’t quite sure what had sparked it, either. The news had been unfortunate, yes. Inconvenient, yes, but it wasn’t the end of the world. Tristan’s only choice was to take the doctor’s advice.

“Um, I take it you mean aside from the obvious?” she ventured quietly, not wanting to piss him off even more.

“Yes,” he said on a heavy sigh, making it clear his anger and frustration weren’t aimed at her. “Come here, you.” He held out his arms, and when she went into them he hugged her tightly and kissed the top of her head. “Fucking hell, Jayme, I’m really going to miss spanking that beautiful arse of yours.”

“And I’m going to miss you doing it,” she murmured into his chest. Then, pulling back so she could make eye contact, continued, “But we’ll cope. There’s loads of other stuff we can do—we can still have fun. As much as I love it, it’s not worth making the problem worse, or screwing up your recovery once you’ve had the op. Your health is more important, babe.”

“Mmm…” came the reply, along with a very displeased expression.

“Hey,” Jayme said sharply, raising her eyebrows, “you might be in charge in the bedroom, mister, but I’m putting my foot down here. Hopefully you’ll get a date through for the operation really soon. And the sooner you have the op, the sooner you’ll be recovered and we can get back to normal. In the meantime”—she grinned widely—“we’ll just have to get creative, won’t we?”

Much to Jayme’s relief, Tristan finally smiled. “You’re right, as always, wife of mine. Clearly I’m not happy about this—fucking carpal tunnel bollocks, spoiling all our fun—but it could be a lot worse, I suppose. At least they’re not operating on my dick!”

“True.” She giggled. “That would take some creativity of epic proportions!” 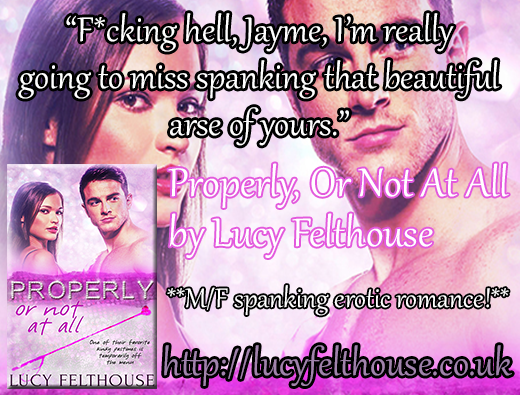