The subject of spirit guides, and what happens to people once they leave this life, has always fascinated me, which is probably the main reason I decided to feature them in my Spirit of Series.

It is an area that creates some very black and white views, with some people believing there is simply no such thing as ghosts, and others maintaining they are very real and offering some credible stories of their own experiences.

I would love to think that there were people out there, who have passed on from this world, but before reaching their final resting place want to help others who are struggling.

When I worked on the idea of having spirit guides in my book, I wanted to have a few ‘rules’ of my own.  Obviously it was imperative that no one else could see or interact with them.  When the story begins it could be one of a few people, however as time progresses the interaction with the main characters become perhaps more obviously limited to them alone.  I felt it was also important that, having faced and to an extent still facing adversity the main characters would be unaware that their ‘new friend’ was actually a spirit.

The spirit guide was not just a random soul wandering the worlds between, my spirit guides are always related in some way to another character, and of course they are the reason the spirit wants to intervene and help.  Spirit guides cannot appear to those they knew when they were alive, so have to assist their relatives by aiding indirectly, befriending someone pivotal to their lives.

It was important to the characters that they found a reliable friend who was always in their corner.  Although it is a source of distress when the truth is initially revealed the spirit has of course made sure life is in place to take over.  Happiness is lurking just around the corner, although maybe not always evident.

Once the initial shock of having been in such a close friendship with someone who is essentially not real, Caragh realises of course, that it was exactly what she needed at that time in her life, and will forever be grateful.  Her spirit guide really did become her Spirit of Christmas Past.

This is of course, true escapism as for now, and maybe forever,  we cannot prove the existence of such wonderful friends but we can live in hope that when we need it most, someone will come to our aid! 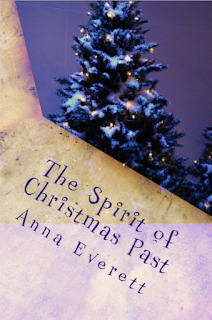 Excerpt
In just a few days they would be celebrating their first wedding anniversary, and then their first Christmas Day as husband and wife, under this spectacular backdrop.
The New York skyline flashed passed them, as they both stared intently out the windows trying to take in every small glimpse of the city, before in a flash it was gone and replaced by something new. It was much colder than home, snow ploughs became a common sight and the winter wonderland scene was really beginning to take form, even if some of the snow was greyed with city smog and bustle just as it did back home.
Tucking her brown faux fur coat tightly round her, as the chill of the city dug deep, Caragh looked at James, and with a smile said “I love you Mr Coles, thank you for making my dreams come true”
Reaching over the rather worn black leather seat of the slightly battered workhorse New York taxi, James placed his black gloved hand over her white suede gloved hand and replied “I love you too Mrs Coles, and thank you”
Moments later the cab drew to a halt, and the door was opened by the hotel porter.
“Madam, Sir” said the uniformed man. “Welcome to the Renaissance, if you would like to follow me, your luggage will be brought in directly”
He offered his hand to Caragh, and she took it to steady herself as she stepped out of the cab, gasping at the grand hotel frontage that awaited her.
The shining staircase and massive glass frontage were quite spectacular, she felt like she was arriving at some sort of movie premiere, and half expected to look down and see red carpet, and be distracted by the flashbulbs of the paparazzi.
Even though she had seen the pictures nothing could have prepared her for how grand and radiant it was in real life. She heard James gasp too as he joined her from the cab having hung back to pay the driver.
“Wow!” was all he could manage.
Feeling distinctly VIP and just a little bit giddy at the situation and surroundings they were ushered through the hotel check in and passed from the care of the porter, to the reception staff, and finally led by the bellboy to their suite. It was clearly a smooth well rehearsed process that these polished staff carried out without hitch. They had splashed out on getting the best hotel and suite they could possibly stretch to, and certainly looked as though they were not going to be disappointed.
“Broadway View” announced the corporately dressed bellboy, using the card key lock,and flinging wide the door for them to enter.
“Will that be all?” he queried as their luggage was brought in by another clone style porter, and he placed the card keys on a nearby table.
“Yes, that’s lovely, thank you” said James taking a ten dollar bill from his pocket and passing it discreetly to the young lad as he shook his hand.
(He had seen it done in the movies so many times and longed to have a go... sadly he didn’t feel he pulled off the cool as well as they do, but he had a couple of weeks to practice)
“Sir, Madam” he said with a slight bow, and he retreated from the room closing the door behind him.
They were both silent for the few minutes as they drank in the dazzling setting that was to be their home for the next two weeks.
A grand dark wood kingsize bed dominated one side of the suite, a lounge and desk area taking up space the other side, not that space was an issue the suite could certainly not be described as small. Doors lead off the main room to as yet unknown destinations waiting to be explored.
The setting was wonderfully opulent to say the least, chic and modern, there seemed to have been no cost spared in the aesthetic effect it presented.
“It is beautiful” said Caragh, standing on one spot and turning a full 360 degrees to take it all in.
They took off their coats, gloves and hats, and like a pair of children in a candy store they wandered around, touching furniture, opening doors, stroking the bedding and curtains, gasping in excitement at each new discovery. It was a fantastic setting in which to begin their Christmas adventure.
Caragh disappeared into the bathroom and shrieked excellently, “it’s gorgeous” she exclaimed as James followed her in to see for himself.
A massive corner jacuzzi bath, a television mounted on the wall about. Glass holders to the side, his and hers sinks, and the toilet presented discretely behind a wall and screen.
“It is very expensive” he said with a laugh as he headed back to the main room.
Caragh reappeared and flopped starfish like across the huge bed. “Oh I do like it” she said stretching luxuriously, her long blonde hair spilling around her, a stark contrast on the black bedding the hotel provided
James walked over to the bottle of complimentary champagne resting in a tall silver ice bucket, and lifted it out. Collecting the two glasses also on offer, he made his way to the yellow and cream striped couch sat in the massive floor to ceiling window, positioned perfectly to take in the city lights below.
He motioned to Caragh to join him, and with a pop of the cork opened the fizz. Sitting side by side, glasses in hand they were content for the next few minutes just gazing out on the bustle of the city below.
“I can see Hell’s Kitchen, oh my goodness that is surreal, Oh James, I can’t really believe it’s true” said Caragh “but here we are!”

When the holiday of a lifetime turns to tragedy, Caragh fears her life will never be the same again. Her beloved James is missing, she has to learn to live all over again. With the help of her nurse Elspeth, and her new friend Callum, slowly she begins to rebuild. However, not everyone is who they seem, and she fears she will be alone forever....until Christmas brings with it some unexpected magic. 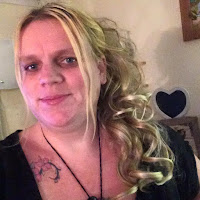 Anna is an establish author with 4 books published across 2 genres.  From a background in holistic therapy and freelance writing it is little wonder Anna has an eclectic range of interests and talents to appeal to her readers.  First published as a child, Anna moved from poetry writing to self help.  Her commitment to her clients led her to create two books on meditation.  However as an avid reading in all genres, Anna was drawn to create a series of paranormal romance novellas that offer the reader characters to identify with and root for as they battle adversity in a quest for happiness.  Always looking to learn, Anna has over 20 holistic therapy qualifications to her name and when not writing is often found with her head in a text book.  Aside from writing and therapy her biggest passion are her six tiny dogs, who have inspired a new series of detective novellas due for release in 2016.

GIVEAWAY!
Make sure to follow the whole tour—the more posts you visit throughout, the more chances you’ll get to enter the giveaway. The tour dates are here: http://www.writermarketing.co.uk/prpromotion/blog-tours/currently-on-tour/anna-everett/

a Rafflecopter giveaway
Posted by Lucy Felthouse at 9:00 am