The entire Cambridge series is now Available at Amazon

The Always Cambridge Series chronicles the life of Holly Cambridge through her tumultuous childhood, violent teen years, into adulthood, and the consequences that stem from being the daughter of mob boss, Bill Cambridge. 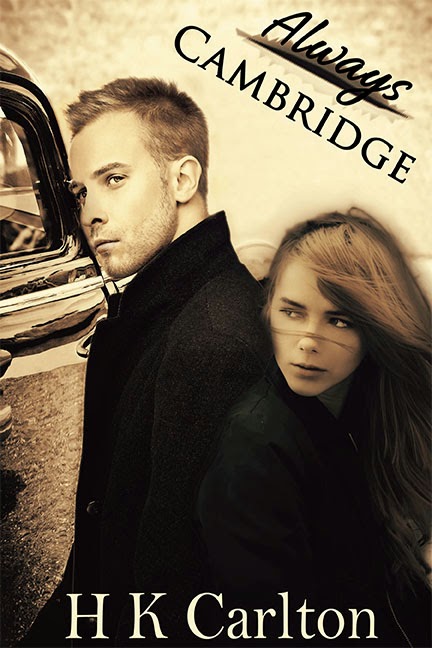 At the age of sixteen, Holly is assigned a new bodyguard, Randy Phillips. He is a tall, muscular, God-like force in the young, impressionable and lonely girl’s life. He is her friend, her confident, her conscience, and the older man she adores beyond reason.

Randy Phillips is fully aware of his young charge’s adolescent crush on him. Although he is flattered by the adulation, he maintains a safe distance and professional demeanour until Holly is wounded in a rival family blood feud, and the course of both their lives is changed forever.
Read the awesome 5 Star Reviews at Goodreads 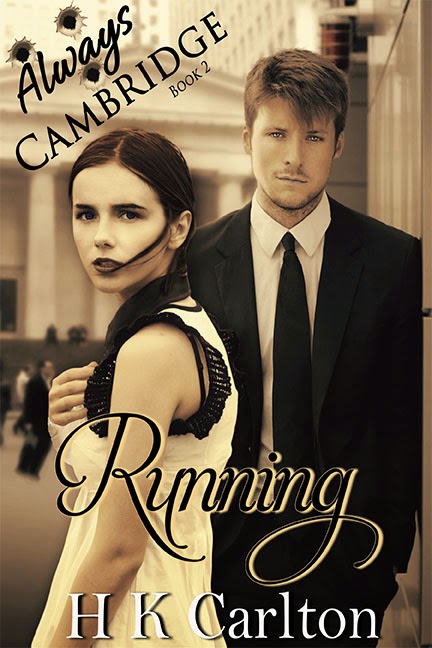 No matter how far or fast you run, you'll never escape the past

It’s been three years since anyone has seen or heard from Holly Cambridge. But when she surfaces, she doesn't return home to the loving arms of her family. Instead, she heads straight to the FBI offering information that will destroy the Cambridge crime family.

Special Agent Alex Orton sees Holly Cambridge as nothing more than the next commendation standing between him and the ultimate promotion. What he doesn't bargain for is the shy, damaged, but feisty little woman that convinces his superiors to let her infiltrate a rival family, with Alex heading up the mission.

Holly and Alex clash at every turn, but Alex is intrigued by Holly’s sharp mind and boundless courage and must constantly fight his burgeoning feelings for his lovely informant. Alex is a strict disciplinarian of the rules and can’t reconcile the girl who can’t play by them.

As Holly carries out the sting and insinuates herself into the enemy’s camp, she develops a close and common bond with the middle Mayhue son, the exotically good looking and charismatic Victor. The very man who could end her life, if he were to discover her secret.

Hands tied, Alex must stand back, for the good of the team, and watch the tragedy play out.
Read the 5 star reviews at Goodreads 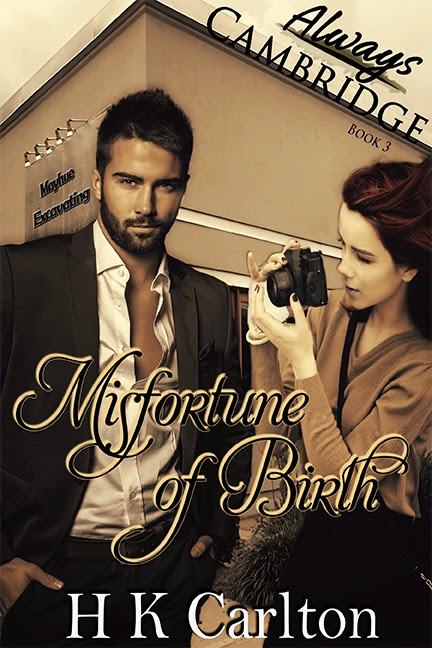 When constantly surrounded by violence, corruption and immorality, how do you keep from becoming the very thing that you abhor

Holly Cambridge barely recognizes herself anymore. Pretending to be another person is beginning to wear thin. Disguised as Randi Yates, she entangles herself into the perilous life of the irresistible Victor Mayhue. But day by day, she falls more desperately and impossibly in love with her natural enemy. Together they explore a highly sexual, dark and dangerous relationship. The lines between right and wrong and good and evil, begin to blur. And while attempting to shield and protect Victor from the Feds and even his own family, Holly loses sight of her original goal.

Victor understands her more than anyone she’s ever met. Essentially they have lived the same life. He is her other half. But once he discovers who she really is and what she’s done, there will be no going back. Victor Mayhue is not a second chance kind of guy.

And in the end, one of them will be forced to face their true nature. 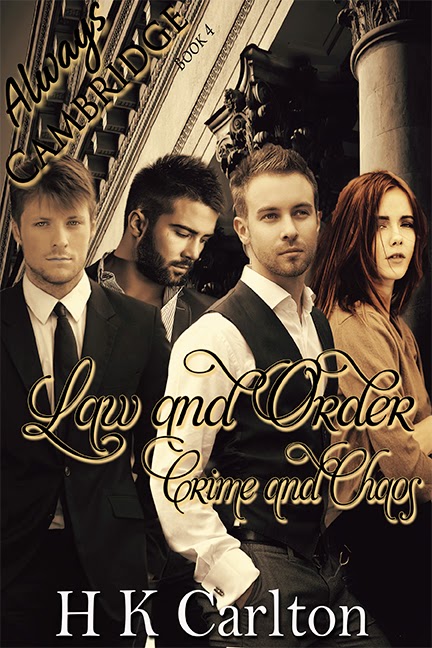 The wheels of justice might turn slowly, but destiny's punishment can be swift and merciless
In the next highly charged installment of the Always Cambridge Family Saga Series, all the men in Holly’s life come together in one common goal—to keep the woman they love alive.

Special Agent Alex Orton of the FBI prepares Holly for the rigorous court proceedings to come, where she will testify not only against her own family, but also against the Mayhue crime family, including Victor’s volatile and sinister older brother, Lorenzo.

However, in the midst of all the personal turmoil, Holly’s first love and former bodyguard, Randy Phillips, emerges from the chaos. He vows to not only stand by her through the trials, but accompany her into Witness Protection and her afterlife, if in fact they make it that far, as both the Mayhue and Cambridge crime families swear retribution.

But in a twist of law and fate, Lorenzo Mayhue is unexpectedly released from prison and lures Holly to the Mayhue Excavating warehouses under the guise of Victor.

Five people enter the storehouse, but only three walk out.
5 Stars at Goodreads 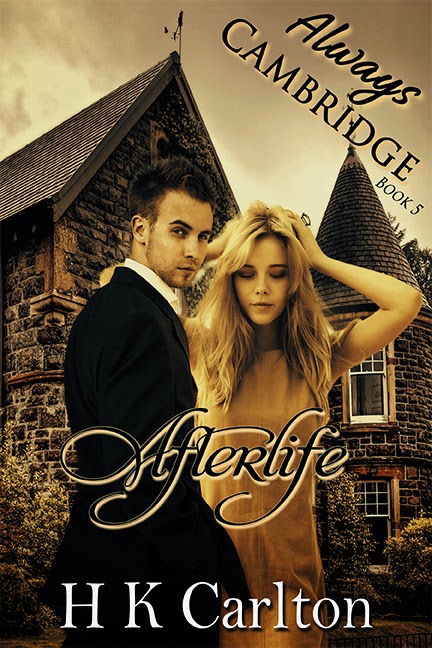 Dreams of second chances are only nightmares in the making

Holly Cambridge and Randy Phillips are dead!
But they re-emerge in Witness Protection as Beth and Andy Gregory, far away from the mob life that nearly destroyed them.
Can Holly finally realize her dream and live in peace without the threat of violence shadowing her every step? Settle down in one place, put down roots with the husband and the loving family she’s always dreamed of?
Or will the Mayhue vendetta reach across the ocean and strike Holly where it hurts the most?

And the Conclusion to the Always Cambridge Series 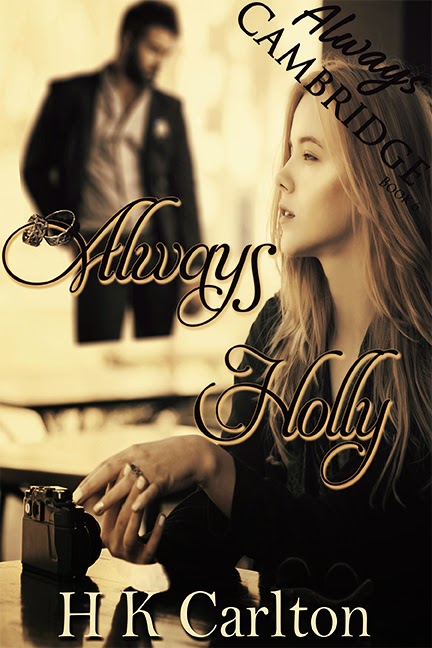 Only the worthy are rewarded with happily-ever-after

While drowning in heartrending grief, Holly struggles to move on with her life. Her nights are filled with nightmares of ghosts and regret. Her days seem unending, grey and lifeless. She plods through for only one reason. One very important one.

But one surprise meeting brings a ray of light into her darkness, in the form of Victor Mayhue, the love she’d been forced to leave behind.

However, with that glimmer of hope, Victor forces Holly to face the demons of her past. She is compelled to confess her sins and reveal the secrets she and Randy had squandered a lifetime to hide. And she must suffer the harshest judgment of all, from the one person whose esteem and respect mean more to her than life itself.

Will the Mayhues finally destroy the existence Holly has always dreamed of by taking away the one thing she’s fought her entire life to achieve? Or in the end, will Victor ultimately realize the role he was always meant to fulfill?
5 Star Reviews and ratings at Goodreads

Author Note: This series is a true saga. Each new installment begins precisely where the last ended. The books should be read in sequence.
H K's Blog
Posted by Author H K Carlton at 12:00 am