The Alpha Wolf's Mate is Live!

The new and improved version includes a new cover, title, has been fully updated and hot new content has been added including an epilogue! Also, it's available in ebook and paperback. 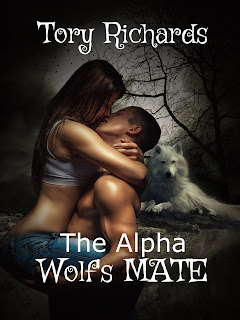 Opening the front door, he inhaled deeply, taking in the pungent, yet pleasing scent of the woods. A primitive awareness surged through his blood, and he fought the overwhelming urge to change. A wolf’s nose was sensitive, even when he or she was in human form. Then he caught something else in the air, overpowering all else.

It was the scent of his mate.

Connor struggled not to give in to Serena’s allure. As the wolves howled in the mountains he tried to focus on that, but the vision of his mate sleeping in his bed wouldn’t go away. He clenched his hands into fists and growled low. Closing his eyes was a mistake, as it only emphasized the sensual cloud hovering around him. Before he could stop it, he felt his fangs slowly descend.

Fuck, Serena’s scent was making him crazy, and until mated, it would drive any male within a five-mile radius into a lustful craze, too. Once he marked her with his scent, it would be a warning that she was off limits, and any self-respecting wolf would stay away.

Whether she was willing or not, he'd have to mark her, and soon. It was the only thing that would keep her alive.

Amazon
Universal
Posted by Tory Richards at 7:00 am