Free eBook for YOU! 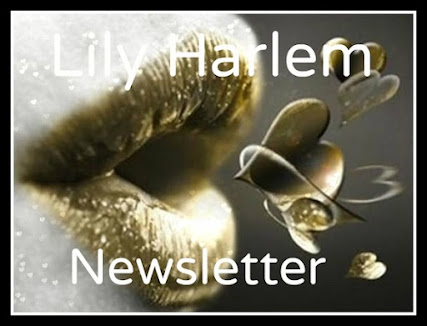 Sign up to my twice monthly newsletter (one with all the latest gossip and one packed full of links to ebook deals and giveaways) and grab a FREE read to dive straight into! You're welcome :) 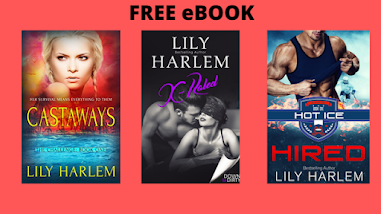 The Devil’s Barbarians, a notorious one-percenter MC, have arrived in town. Debauchery, brawls, and cocky charm, oh yeah, it’s all going down. 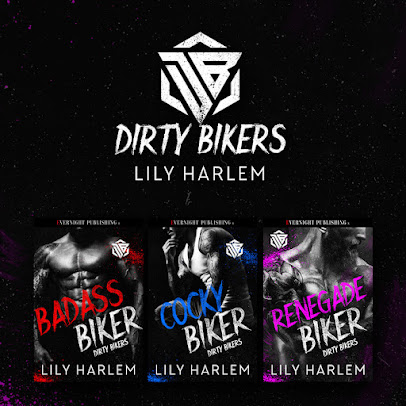 Not long now until RENEGADE BIKER, the third book in the DIRTY BIKERS, series hits the shelves. I can't wait for you to meet Devil's Barbarian Jayden Moritz, he's big and bad and the best damn bodyguard money can't buy! 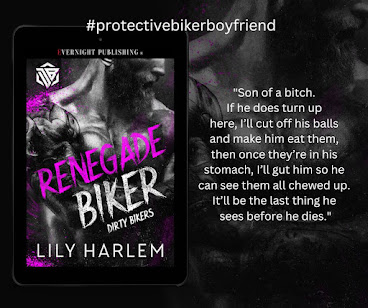 Get Your Dirty Bikers HERE!
Posted by Lily Harlem at 11:46 am No comments: 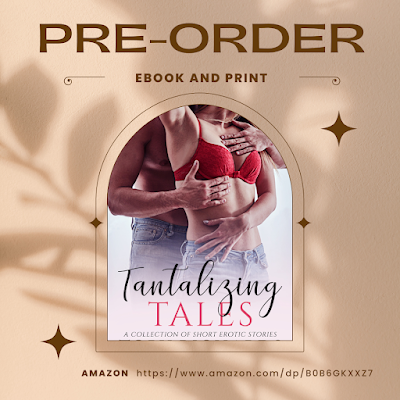 Obsession - She was his brother's wife for twenty years but divorce opens the door for John and Sammy to act on their secret attraction to each other.

Hands-On - Ivy is willing to do anything to keep her thieving brother out of jail, including giving Jake, her ex, a weekend of anywhere, anytime sex.

Hers to Claim - Lilly gave Blake her virginity on her birthday and then he disappeared. Now he's back for her brother's wedding and it's time for her to stake her claim.

One Night Only - Lana is turning fifty and what better way to celebrate than by spending a night with Joe, the younger, male dancer from the club she frequents?

Rapture - Abduction. Deception. A sick initiation. Not a very good way to start a new relationship except that Reid and Alexis have been attracted to each other for several months. *This story can still be purchased as a single book.

Posted by Tory Richards at 6:51 pm No comments:

Thank you for inviting me to your blog with my new release MM romance release, Dragon Bridge, from Evernight Publishing

I first started thinking about this story around two years ago when I saw a shadow across the full moon that looked like a dragon. It was a dark gray cloud, but it captured my imagination and for a year, I considered a plot that might work that sight into a story and so the legend of Ponte Drago, (Dragon Bridge) was born.

It still took me a year to write Dragon Bridge, weaving my legend through the love story to provide the background for characters.

I researched Italy, where the bulk of the story takes place, a little, just enough to imagine places that might exist, but not enough to describe existing towns as I wrote that might take away from the mysterious element I wanted in the story. I’d love to visit Italy for the art that exists there … maybe one day.

My lovely hero Key Alder is an ordinary guy, worn down by life as many people are. Naturally, I’m in love with him, as I am with all my characters. We meet him when he’s struggling emotionally with his work. His journey through this love story allows him to find his lost confidence and in the end, huge courage.

Claudio Di Fiore, my other hero, as Key Alder puts it, is gorgeous and enigmatic. I think, right now, he is one of my favorite characters from any of my MM romance stories. His love for Key is steadfast and fierce. He’s fearless until he falls in love with Key and then Claudio’s only fear is losing him.

I hope readers enjoy the legend and the love story as much as I loved writing it.

Tired from his high stress work fighting cyber-crime, handsome, Key Alder takes a vacation on a beautiful Italian coast. He travels from one gorgeous town to another and after a perilous journey lost in the mountains, he settles into his hotel and relaxes.

In a beachside café, next to a warm pale-blue ocean, a performer hands out fliers for an arts festival in a mountain village. Lured by adventure, Key attends an evening performance of fire juggling acrobats in the legendary village piazza.

Beautiful, enigmatic Claudio Di Fiore, the star of the show, sees Key in the audience and is captured by a wonderful feeling he’s unaccustomed to.

Key is enchanted by Claudio.

A passionate love grows between the two men.

When Claudio’s mysterious ancient family threaten to tear them apart, will Key risk everything to stay with his loved one? 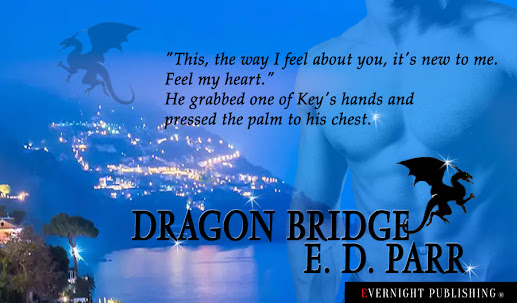 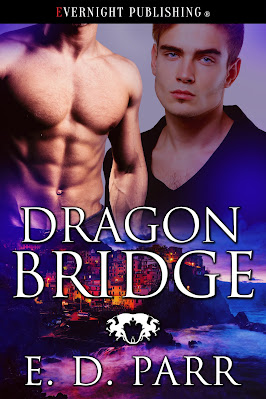 Book one, Cole, is already free. Now pick up a copy of book two! Smashwords only.
Demon - He's a known womanizer and a man with secrets, but he runs Desert Rebels with an iron fist. He had an old lady once, and he doesn't want another one. A spirited little club girl catches his eye, but fear of commitment forces him to push her away. Trouble and betrayal in the MC brings them back together, leaving him with a decision to make--either trust her and claim her, or send her away for good.
Bobbie - She's a club girl whose purpose is to satisfy the men, but there's only one man she wants--the president of Desert Rebels. He avoids her until the pain of seeing him with every other woman causes her to leave. But leaving doesn't keep her from getting into trouble with the club, and soon she's right back where she started. Distrust and betrayal comes between them, but Bobbie’s determined to prove to Demon that she can be the old lady that he needs.

Posted by Tory Richards at 8:08 pm No comments: 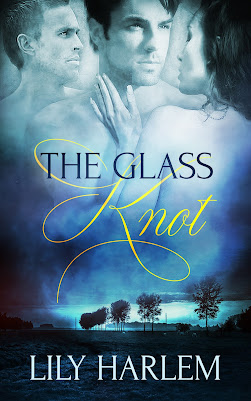 For a few days only you can check out my popular menage a trois novel (MMF, which means the guys are into each other too) THE GLASS KNOT for just 0.99! Don't miss this chance to heat your ereader to boiling point!

Posted by Lily Harlem at 1:02 pm No comments: 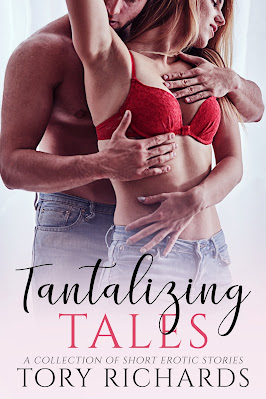 Posted by Tory Richards at 3:28 pm No comments: 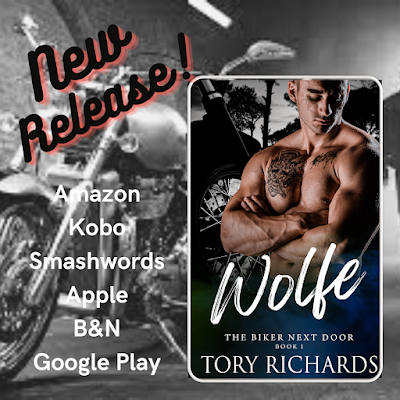 Amazon. Universal. Smashwords.
Living next door to each other is torture. Wolfe wants Ella but he doesn’t have time for relationships. He had an MC to run. Anything permanent was off the table. Ella, a fun-loving extrovert thinks she’s okay with a no commitments kind of relationship. But being with Wolfe only makes her want him more. They should never have given in to temptation. Can they find a compromise for happiness?Excerpt“So, where’s Demo?” Her gaze moved past me further into my house as she looked for him.Demo sometimes went on the hunt with Knuckles and Buck when they were on a job. He had the fucking skills of a bloodhound. “With one of my brothers, and I’d appreciate you leaving my dog alone. Gettin’ fucking tired of having to fetch him.” I started to close the door. “Thanks for the brownies,” I added as an afterthought.“Can I ask you a question?” she rushed out, causing me to pause from shutting the door.I looked back at her reluctantly and raised a brow indicating for her to go on.“Why are you such an asshole?”I recognize the slight hurt in her eyes, but I had to give her credit for the tilt of her chin, which indicated her resolve to stay strong. I felt my face crack into an unwilling grin at her boldness to call me out. “I ask myself that all the time.”Her eyes widened. “Oh, my God, you can smile!” Her eyes danced with amusement. “I was beginning to think that perpetual scowl was painted on your face.”My scowl returned as I was reminded of why I was going out of my way to not like her.“You should smile more often.”She bit down on the corner of her bottom lip, drawing my eyes there. My dick punched forward and I grunted. I was within five seconds of grabbing her and doing something stupid. Thank fuck I was holding the plate. It kept me grounded.“Maybe if I wasn’t being bothered by my neighbors I’d have more to smile about.”Slowly her smile disappeared and her face fell as the hurt returned to her eyes. I felt instant regret, and then anger at myself for being an ass. My mom would have hit me upside the head for my actions if she could see me right now. I’d have deserved it.
Posted by Tory Richards at 8:37 pm No comments:

CASTAWAYS is FREE - Get Stranded With 5 Hot Guys! 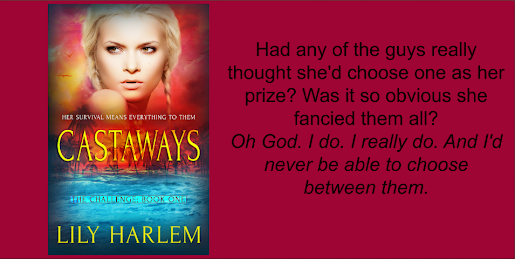 For a few days only you can grab yourself a FREE copy of CASTAWAYS, book one in THE CHALLENGE series, and meet Olivia and her sexy men as they kick off their wild adventures together.

HIS VAMPIRE HAREM is FREE! (for a few days only!) 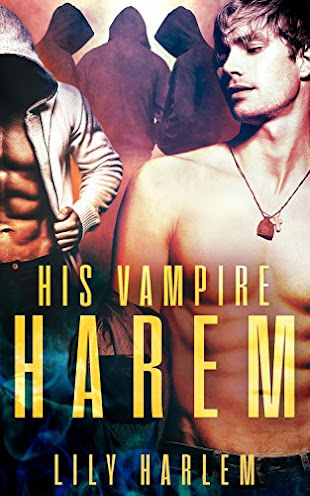 For a few days only you can bag yourself a copy of HIS VAMPIRE HAREM for FREE!

He's special. He just doesn't know it yet.
Darius Linnet has it all. He's a top male model, he's traveled the world, and everyone wants to either be him or be with him.
But would they really want to walk in his shoes? Because when emotions consume him, heated sparks fly. When he sleeps, his dreams take on an other-worldly twist. And his perfect body—sometimes it doesn't even feel like his own.
Until, that is, he meets a group of sexy, mysterious men who claim they've been searching for him for centuries. He's their savior, apparently, the key to their release from eternal damnation. They love him and they want to show him the pleasure he's been denying himself. There's only one problem: Darius's demon father has other ideas. 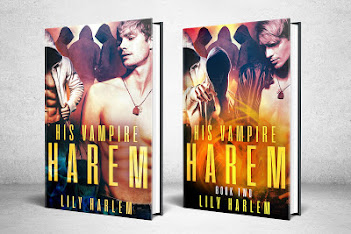 BOOK TWO IS OUT NOW!
Posted by Lily Harlem at 11:00 am No comments: