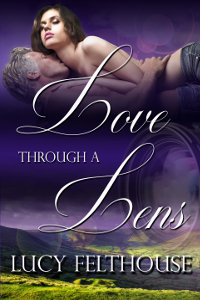 Celine Patterson is a recent graduate eager to begin her career as a camerawoman—with the fashion world and all its glitz and glamour calling to her. Things aren’t that simple, however, and she’s forced to take a job making a documentary in the Peak District countryside with a mid-list British actor.

In spite of her initial disappointment—not only is the job not what she wanted, the pay is appalling, too—Celine warms to the project. The actor she’s working with, Edward Robson, is kind, considerate, funny and a consummate professional. She realizes she can learn a great deal from him, and resolves to do so.

As the days of the shoot pass by, Celine grows increasingly fond of Edward, and that fondness quickly goes beyond the platonic. Convinced her crush is completely one-sided—he’s over three decades her senior, for starters—she tries hard to ignore it, hoping the feelings will go away.
But then something happens to change Celine’s opinion, and flip her world upside-down. How will she react? And can she emerge from this project with both her career and her heart intact?

Note: Love Through a Lens has been previously released as part of the Sweet Sensations boxed set. 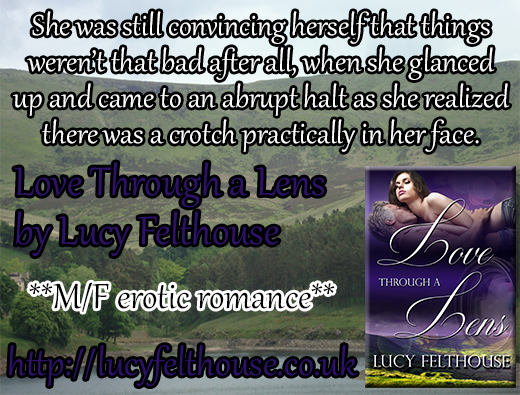 Celine gritted her teeth and hung tightly onto the straps of her backpack as she forced one foot in front of the other up the steep incline. Her heart felt like it was going to explode from her chest, and her lungs screamed with the effort of providing her oxygen supply. Really, she needed to stop, to catch her breath, regain some equilibrium. But Edward was already way ahead of her, striding powerfully along as though their chosen path were perfectly flat. He had a huge backpack of his own, too, which didn’t seem to be slowing him down a jot.

But then, this was the difference between the two of them—or one of the differences, anyway. Edward Robson, mid-list British actor, was also a very keen outdoorsman, and probably did these kinds of walks all the time—with or without a camera being pointed at him.

Celine Patterson, however, was a different story altogether. Newly graduated from university, she’d struggled to find filming work in her preferred field—fashion—and so she’d had to cast her net wider. Incredibly wide, as it happened.

With hindsight, it was easy to see why she’d gotten the job with Edward—nobody else had wanted it. Not a damn soul. Traipsing around the Peak District wasn’t so bad, but add in heavy camera equipment, camping gear, food, clothing, maps, plans, GPS unit, satellite phone and makeup—for Edward, not for her—and a nice walk suddenly became a grueling trek. The money was poor, too, especially considering she was the only member of Edward’s crew. Could a single person even be called a crew? Or was she just a dogsbody?

She’d had no choice. It was this job or nothing. Crap money or no money. And, most importantly, this credit on her CV or no credit at all. She knew she had to start racking the credits and references up soon, if she wanted to get ahead in the highly competitive field.

So here she was, dragging herself up a heart attack inducing hill in the wake of an actor-cum-presenter. At least the project was interesting; they were checking out sites of myths, legends and ghost stories, that kind of thing. Edward was nice, too—kind, polite and pretty funny. Even better, it wasn’t raining. Overall, things could be a damn sight worse. She could be working with animals or children—or even both. And she’d heard many times over that they were the absolute worst.

She was still convincing herself that things weren’t that bad after all, when she glanced up and came to an abrupt halt as she realized there was a crotch practically in her face. Snapping her head up so fast it made her neck hurt, she made eye contact with Edward, who was standing a couple of paces farther up the slope, hence the awkward face-to-crotch angle. Her already hot face blazed with embarrassment. For once, she hoped the fact she was overheated would hide her mortification. The slight breeze that blew was doing nothing to lower her temperature.